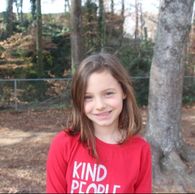 According to a Forbes article published in 2009, Atlanta Georgia is the most toxic city in the country due to air pollution and chemicals from the atmosphere mixing together. Did you know that people all over the world are dying because of air pollution? Or that acid rain is toxic to little, harmless creatures? Every living thing is harmed by air pollution from little bits of grass to a towering tree. Now let's get to the facts so you can learn what air pollution is capable of and how we can stop it.

​What is air pollution?

It’s right there in the name: Air pollution. But how is air pollution caused? For starters, there are many different types of air pollution. Take acid rain for example. Acid rain is made when gases and are burned in factories. The gases float into the clouds and make the water acidic.
Not all types of air pollution are man made though, like volcanoes. When a volcano erupts, it releases smoke. That smoke floats up into the air, and pollutes it. The smoke then gets into people's lungs.

How does air pollution affect the world?

Air pollution is caused in many different ways, so it’s affects are different. Here are a few examples: asthma is ready a breathing problem, but when the air is polluted, it’s not pretty. People with asthma could get very ill.
My second example is burning fires. I have experienced this twice. In northern Georgia, people were burning leaves. The smoke from the fires polluted the air. The air was so bad, my classmates and I had to miss recess!  My other experience was after school. I was running and I saw my friend. I went up to talk to her but then she stopped breathing.My last example is acid rain. I’ve already told how acid rain is made but not the effects. Acid rain destroys everything it falls on: farms, lakes, etc. On farmland, acid rain takes away minerals that trees and plants need to grow. Even if acid rain doesn’t directly fall into a lake, it can enter from streams and rivers. The acid destroys the water life and pollutes the water.

What can we do to help?

First, you can try not to waste electricity. That means turn off lights when you leave the room. You could walk a lot. When you walk you are not wasting gas, which your cars run on. You can also carpool. Let’s say you need to go to school or your office and they are a couple of miles away and your friend is going to the same place. You can go in there car. If your city has a bus, take it! If your city has a subway, take it!  Now that you know what air pollution is capable of, go outside and make some changes about air pollution.